BOSTON (Reuters) - Actress Felicity Huffman arrived at a federal courthouse in Boston on Monday to plead guilty to paying to rig a college entrance exam for her daughter, part of a wide-ranging scandal in which wealthy parents used bribery and fraud to secure their children spots at prominent U.S. universities.

The onetime star of the television series “Desperate Housewives” held her brother’s hand and said nothing to reporters as she entered the court to plead guilty to a conspiracy charge for paying $15,000 to have someone secretly correct her daughter’s SAT answers.

She is among 50 people accused of taking part in a scheme that involved cheating or bribery. Wealthy parents paid $25 million to bribe coaches to help their children gain spots at universities like Yale, Georgetown and the University of Southern California.

William “Rick” Singer, a California college admissions consultant, pleaded guilty in March to charges that he facilitated the cheating and helped bribe coaches to present their children as fake athletic recruits.

Twenty people so far have agreed to plead guilty since officials carried out a wave of arrests under the code name “Operation Varsity Blues” on March 12. Prosecutors have said the investigation is ongoing.

Huffman is scheduled to plead guilty alongside another parent charged in the case, California businessman Devin Sloane, who prosecutors said paid Singer $250,000 to help his oldest son gain admission to USC as a purported water polo recruit.

Prosecutors have charged 33 parents with participating in the scheme with Singer, including Huffman, who was nominated for an Oscar for best actress for her role in 2005’s “Transamerica,” and Lori Loughlin, who starred in the TV series “Full House.”

Prosecutors said Huffman, 56, made a $15,000 contribution to Singer’s foundation in exchange for having an associate of Singer’s in 2017 secretly correct her daughter’s answers on an SAT college entrance exam at a test center Singer controlled. 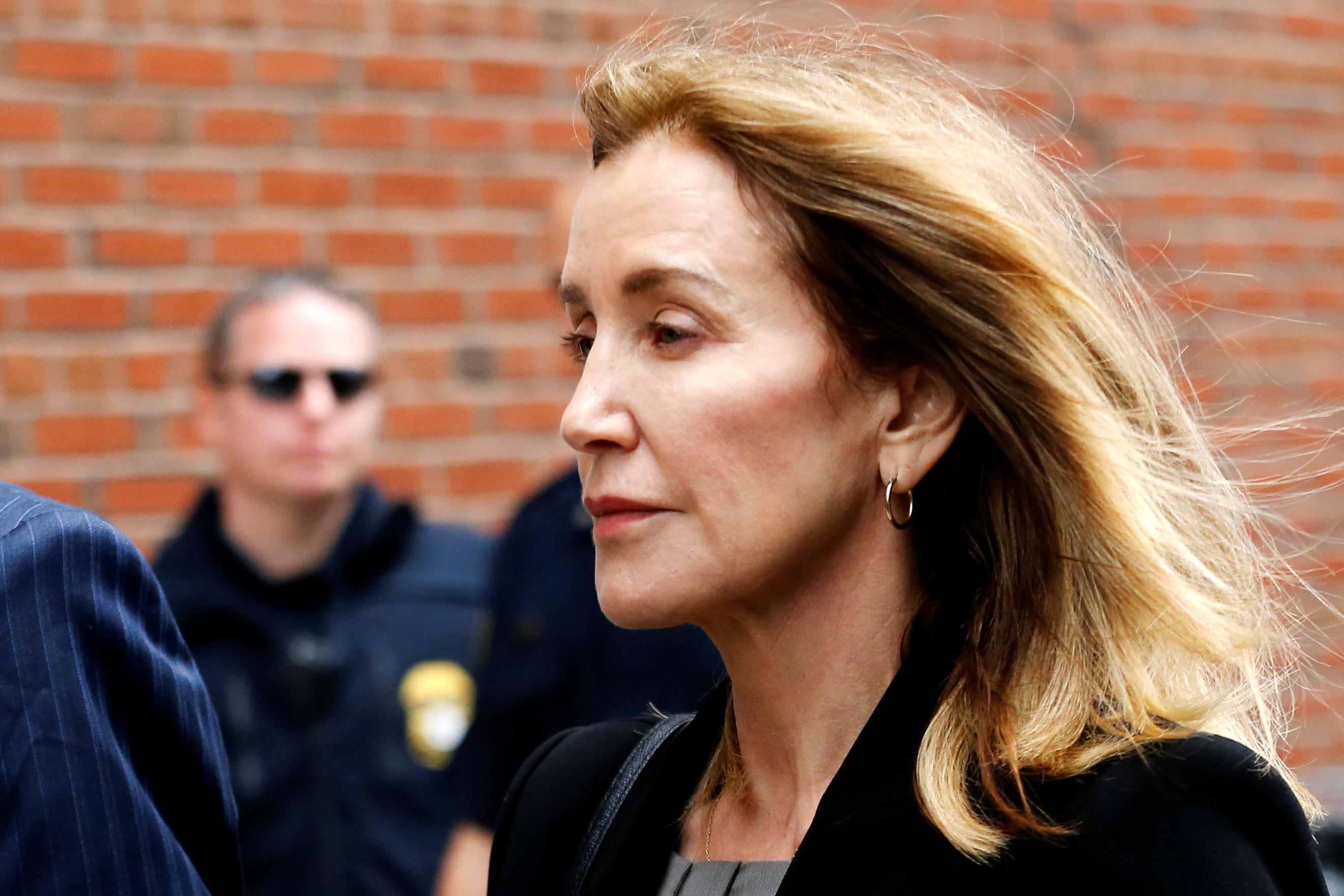 Huffman, who is married to the actor William H. Macy, said in an April statement her daughter “knew absolutely nothing about my actions, and in my misguided and profoundly wrong way, I have betrayed her.”

Prosecutors agreed to recommend a prison term at the “low end” of the four to 10 months Huffman faces under federal sentencing guidelines.

Loughlin has pleaded not guilty to charges that she and her husband agreed with Singer to pay $500,000 to have their two daughters named as recruits to USC’s crew team, even though they did not row.