It is one of the great mysteries of the Trump presidency.

Up there with questions about the president’s tax returns and whether or not he obstructed justice in the Mueller investigation, are enduring questions about Donald Trump’s hair.

The trademark bouffant, which Jimmy Fallon confirmed really is attached to Trump’s head, is remarkable for its construction, colour and seemingly tenuous hold on the president’s scalp.

Speculation about it intensified on Sunday after an appearance at a church in Virginia, in which the president – and in particular his hair – looked rather flat. 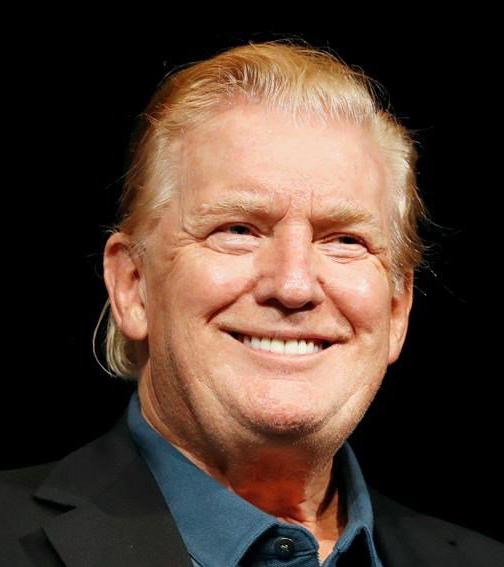 Trump made an unannounced stop at the church after leaving his private golf club in Sterling, Virginia, and appeared onstage, where pastor David Platt prayed for him. Trump then left the stage with a wave, without addressing the congregation.

The visit caused a stir on social media, mainly because of the sight of his hair after he removed his baseball cap. It was flat, wet, and surprisingly long, with something of the mullet about it.

Trump’s hair has been thoroughly lampooned over the years: Vanity Fair has written an “Illustrated History of Donald Trump’s Hair”, which is published with the warning: “Don’t Read Before Lunch!”; his daughter Ivanka reportedly often mockingly describes how his hairstyle is constructed to friends; and in both American and British sign language, the name signs for Donald Trump reference the president’s hair. 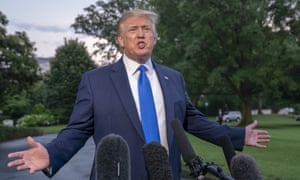 But on Sunday night, the question was asked over and over on Twitter: “What’s going on with Trump’s hair?”, with people comparing the style to Michael Scott from the Office (season one), Gordon Gekko and Biff from Back to the Future.

Trump lands in Britain on Monday morning for a state visit and his second meeting with the Queen, and as Trump steps off Airforce One, the world will see if Sunday’s hair was just a bad (or good?) hair day, or the start of a new, flatter, milder style.