3 [h=6]Share This Story![/h]Let friends in your social network know what you are reading about

[h=4]Flint residents protest high bills for 'poison' water[/h]Residents can’t use their tapwater, but the city continues to bill them for it monthly. 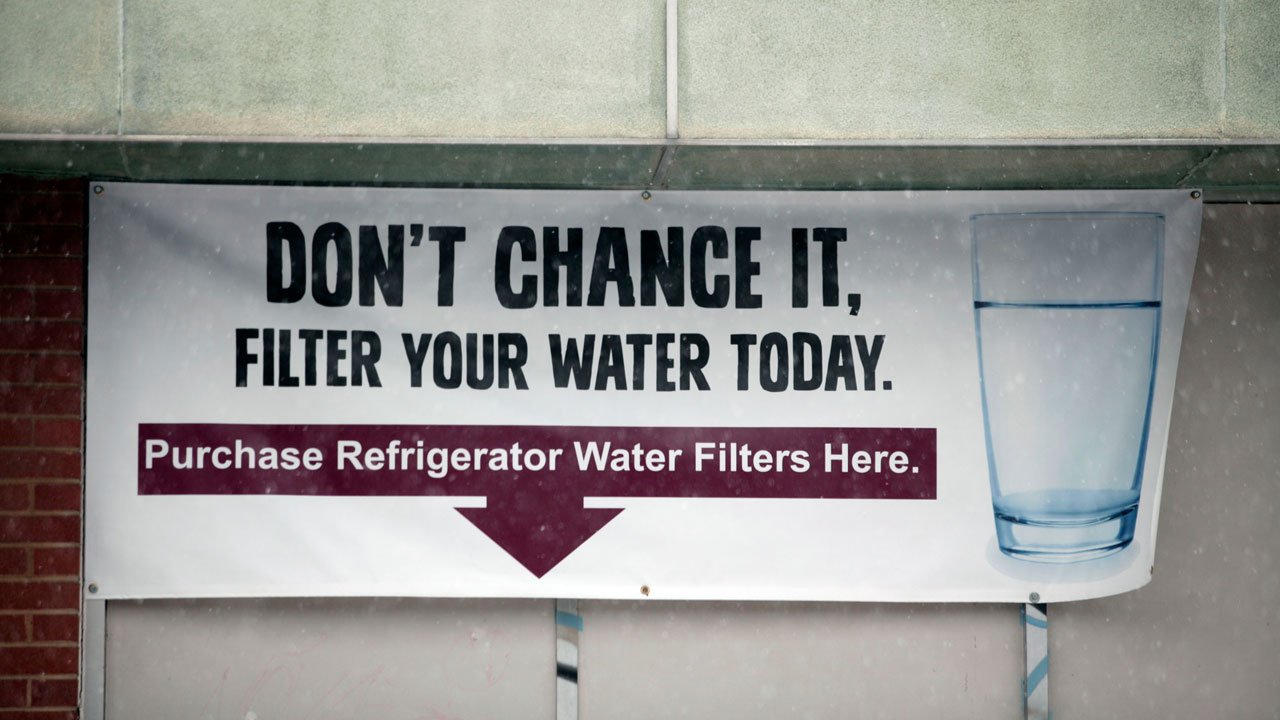 
Concerns of lead-contaminated tapwater in Flint, MI. continue to boil over. Time


"We are tired and frustrated," says Angela Hickmon of Flint, right during a rally where about 100 people demanded not to have to pay for water that has been tainted by lead in downtown Flint on Monday, January 25, 2016. "The water is breaking me out. We are paying for something we can't use," says Margie Scott, 71, of Flint, center. Romain Blanquart/ Detroit Free Press(Photo: Photo)


FLINT, Mich. — Residents can’t use their tapwater for drinking or bathing because of lead-contamination fears, but the city continues to bill them for it monthly.
"It feels like a slap in the face," said Claudia Perkins-Milton, 63, whose most recent bill was about $99. "The only thing the water's good for is flushing the toilet. That's it."
She was among about 100 residents who protested Monday in front of Flint's<span style="color: Red;">*</span>city hall. They burned paper and ripped up water bills as symbolic gestures.
Signs reading "Don't Poison My Daughter," "Killed by Toxic Water" and "Why Pay For Poison?" were waved at passing cars on Saginaw Street. Many people carried monthly water bills of about $100.
DETROIT FREE PRESS
How Flint's water crisis unfolded 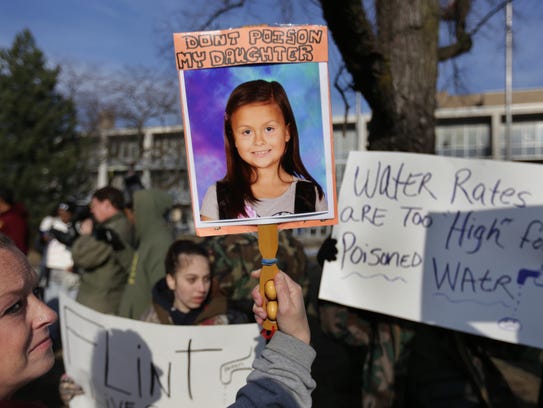 Amanda Hughes, 36, of Flint holds a photograph of her seven-year-old daughter during a rally in downtown Flint on Monday, January 25, 2016 where about 100 people demanded not to have to pay for water that was tainted with lead. Romain Blanquart/ Detroit Free Press<span style="color: Red;">*</span>(Photo: Photo)

The protest was the latest of many in Flint's downtown as people continue to be frustrated by a problem that has no easy fix in sight.
Aaron Mason, 62, of Flint said at Monday's rally that the bottled-water handouts are "like putting a Band-Aid on a bullet wound. What are you going to do with all these plastic bottles?"
The protest stayed peaceful; a few papers were burned and dropped into a metal trash can, and a fire truck and police vehicles were parked on the street, helping to protect people from passing cars.
But the frustration was palpable.
USA TODAY
Lead levels in Flint water appear to be falling


Marcelis Collins, 36, of Flint said he has a 2-year-old daughter whose bottles had been prepared using the city's tapwater. <span style="color: Red;">*</span>"They told us that the water was safe to drink," he said. "So yeah, we did."
Another parent, Amanda Hughes, 36, waved a sign with a large photo of her 7-year-old daughter that read<span style="color: Red;">*</span>"Don't Poison My Daughter."
Hughes said she owns her home and is stuck in Flint; she said she wouldn't be able to sell her home legally until the water issue is resolved.
"What a shame that our children have to live like this," Hughes said.
Her daughter, Morgan Goodrich, joined her at the protest. <span style="color: Red;">*</span>"It's bad for kids, and I wish that it would stop," she said.
Kristin Moore, Flint's chief spokeswoman, said reports of people being threatened that their homes will be condemned or their children taken away if they have their water shut off are false.
“From what I understand, no shut-off notices have been sent since December and no disconnection of services on any active accounts have occurred since Aug. 7.”
USA TODAY
Jimmy Fallon donates $10,000 to Flint, Mich.