Trump campaign seeks to get back on track


Rick Tyler, a former spokesman to Trump primary<span style="color: Red;">*</span>rival Ted Cruz, said it looks like the campaign is "in deep trouble," and the candidate "is just wasting day after day after day" in fights with people who are not his general election opponent, Hillary Clinton.
"It's like he's arguing with everyone except her," said Tyler, an MSNBC political commentator.
Trump's targets this week included two prominent members of his own party: House Speaker Paul Ryan and Arizona Sen. John McCain. The presidential candidate refused to endorse either lawmaker as they face GOP primaries later this month.
On Wednesday, Trump's own running mate broke with him on supporting Ryan, though he did so at the businessman's behest.
"I strongly support Paul Ryan, strongly endorse his re-election." Indiana Gov. Mike Pence told Fox News Channel, saying Trump "strongly encouraged" him to back the Wisconsin Republican.
USA TODAY
Pence endorses Ryan, despite Trump's refusal 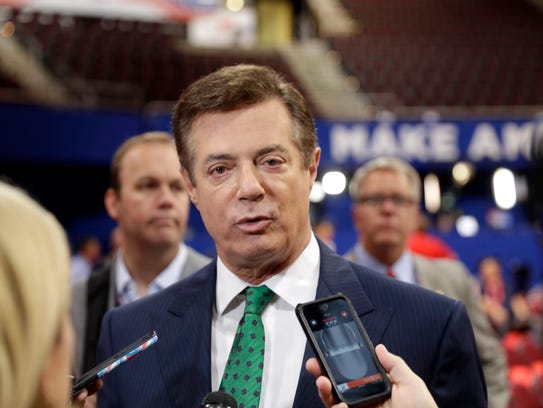 Campaign chairman<span style="color: Red;">*</span>Paul Manafort disputed reports that Republicans are planning an "intervention" with Trump, and told Fox News that the candidate will continue to focus his campaign on the shortcomings of Clinton and the Obama<span style="color: Red;">*</span>administration.
Saying that the Clinton campaign is pushing an anti-Trump narrative, Manafort said "the only need we have for an intervention is maybe with some media types who keep saying things that aren’t true."

There is great unity in my campaign, perhaps greater than ever before. I want to thank everyone for your tremendous support. Beat Crooked H!
— Donald J. Trump (@realDonaldTrump) August 3, 2016​

Supporters of Trump's campaign said he still has time to recover<span style="color: Red;">*</span>and note that Clinton is also unpopular with many voters.
Trump "has had a bad week," said Republican consultant Charles Black, but it is not necessarily fatal.
"If this was Oct. 3, this would be a huge problem," said Black, a long-time former business partner of Manafort's. "Since it's Aug. 3, it's probably not a huge problem — <span style="color: Red;">*</span>he has time to recover.".
Trump's actions are not much different than his actions during the primary campaign, analysts said. Playing to a different (and smaller) audience, Trump got beyond controversies by winning primaries or otherwise changing the story — a much more difficult task in a general election.
USA TODAY
Trump campaign manager Paul Manafort disputes reports of turmoil


Newt Gingrich, a prominent Republican backer who has likened Trump to a quarterback who is throwing a spate of interceptions, said Trump "has a great deal of work to do," and needs to move from being a primary campaigner to a general election one.
"Those are two very different roles," Gingrich said, "and he has yet to fully make the transition."
Trump can probably do so, the former House speaker said: "He's a very smart man."
Contributing:<span style="color: Red;">*</span>Fredreka Schouten
[h=4]Posted![/h]A link has been posted to your Facebook feed.