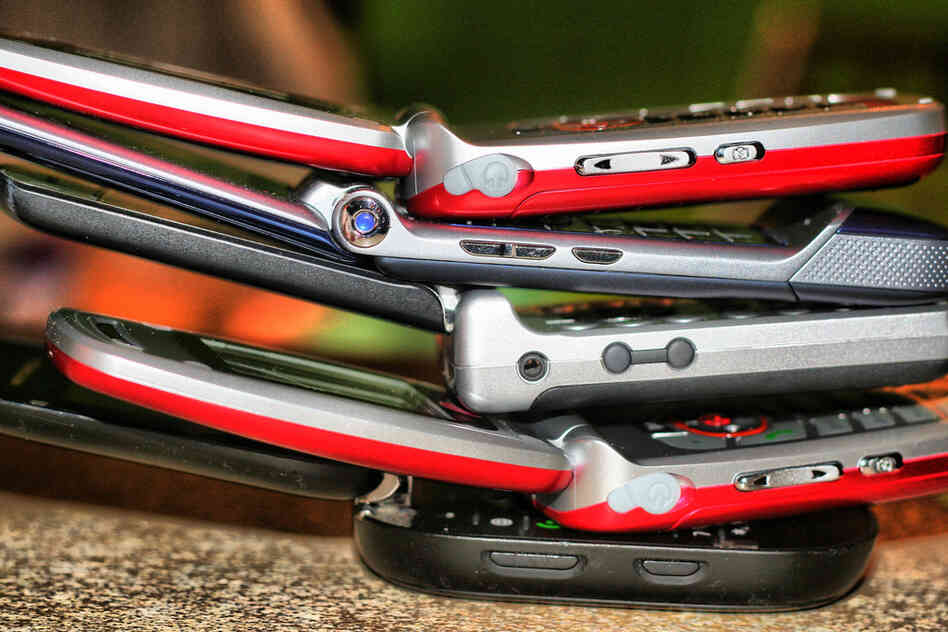 Enlarge image i
Unlocking phones allows the devices to be used on another carrier's network.

Happy Friday! That means it's time for our weekly roundup of headlines from here at NPR and beyond.
ICYMI:
This week on the air, Laura Sydell reported on a mini-tech boom in Ireland, I reported on the low-tech way HealthCare.gov forms are getting reconciled as a coverage deadline nears and Steve Henn checked in on how much teens care about privacy, vis-a-vis the ephemeral messaging service, Snapchat.
We blogged about the sensor bra that won't become a thing, the federal okay for phone unlocking and the various year-end lists out of the social media giants — Facebook shared the top places we checked in (Disneyland seems to be a favorite), while Twitter shared the most retweeted message of the year. Our weekly innovation pick was technology that wants to let you taste the deliciousness you see on screen.
The Big Conversation:
U.S. government surveillance reaches too far, say eight major tech companies. The heads of tech giants who traditionally compete with one another — including Google, Facebook, Apple and Microsoft — published an open letter to President Obama calling for reforms to government surveillance programs. On All Things Considered, Audie Cornish chatted with David Drummond, chief legal officer for Google, who says the "pendulum has swung too far towards secrecy."
We're six months into revelations of National Security Agency spying based on documents leaked by Edward Snowden, and this week, more news rolled out. The Washington Post reports that the NSA is secretly using private companies' cookies and location trackers to target people for surveillance and hacking. In noting that private online data tracking is essentially the same as government surveillance, PandoDaily's Nathaniel Mott writes, "The same tools used to personalize ads or provide location-based offers are also apparently allowing these agencies to identify, track, and target specific Internet users."
Other Curiosities
Time: Twitter Reverses Controversial 'Block' Function Change
Twitter changed its blocking feature to merely "mute" people you didn't want to hear from, but a swift backlash prompted an about-face.
The Atlantic: 2013: The Year 'The Stream' Crested
Alexis Madrigal asks, "Don't you miss the sense of an ending?" He thinks the ubiquitous reverse-chronological, new-stuff-on-top content streams are beginning to wear on people.
The Washington Post: This White House Petition On Internet Privacy Now Requires A Response
More than 100,000 people have signed an online petition asking President Obama to support changes to the Electronic Communications Privacy Act. The 27-year-old law allows the seizing of e-mail and other digital communications without a warrant.