West's sanctions on Russia for real?

Editor's note: Alexander Nekrassov is a Russian commentator and former Russian presidential and government adviser. He edits the website stirringtroubleinternationally.com The views expressed in this commentary are his own.
(CNN) -- Big, big sigh of relief among Russia's super-rich, as the West announces "smart sanctions" against a group of Kremlin officials and members of Russian parliament in response to the referendum that took place in Crimea and produced a result resembling the elections in the old Soviet Union: 96.7% of the people who took part in it voted for the peninsula to become part of Russia.
The joke on the streets of Moscow is that the politicians took the bullet for the oligarchs, not for the first time and not the last.
But jokes aside, the fate of Crimea is sealed. It will become part of Russia in about three months' time and, as things stand now, President Vladimir Putin has already signed an executive order recognizing the peninsula as an independent state, confirming his determination to stick to his guns in his address to the Federal Assembly.

The Russian leader has gone way too far in his attempt to prevent Crimea -- with two thirds of its population made up of ethnic Russians -- from sliding into mayhem to pull back now, sanctions or no sanctions.
It would have been political suicide for him to remain idle in the face of what had happened in Kiev last month. Most Western leaders obviously understood that, even though their rhetoric did not show it. In fact, most if not all Western leaders are probably thanking their lucky stars they have to deal with Mr Putin in the Kremlin and not some die-hard nationalist who would be dreaming of a revival of the former Soviet empire, flexing military muscles with frightening regularity.
No-one wants Cold War
So, the so-called "smart sanctions," which have been announced by Washington and Brussels in response to events in Crimea were an anti-climax and a confirmation of a total lack of any desire on the part of the West to take the fight with Russia any further.
Sure, a bit of posturing and tough talking never hurt the opinion polls at home, but there are more important things than dragging out the dust covered Cold War from the cupboard and losing out on business deals, while having all that lovely Russian money flowing to the West dry up. The Cold War is very 1960s, you know, and no one really wants it to come back. 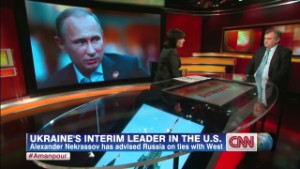 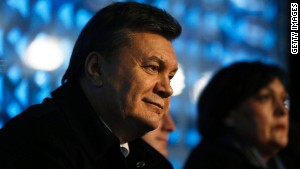 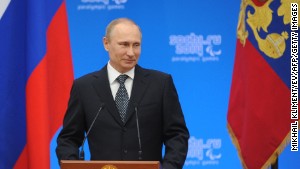 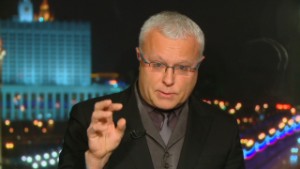 Crimea: View from a Russian billionaire
The debate about the legality of the referendum in Crimea will ramble on for a while but it is very difficult to imagine how the result can now be reversed.
From the Russian side of the fence, in case you're wondering, the plebiscite in Crimea was a logical response to the overthrow of the democratically elected regime of President Viktor Yanukovych in Kiev -- albeit with its incompetence and corruption -- and the country finding itself with a bunch of opportunists in charge and some pretty rough characters from the far-right acting as their enforcers, saying nasty things about Russia from the word go.
No wonder then that Moscow shrugged all accusations that the Crimean referendum was illegal coming from Kiev and the West, saying: "Look who's talking!"
At the moment, all the Kremlin officials and members of parliament mentioned in the lists provided by Washington and Brussels are putting on a brave face and saying that they see it as a privilege and an honor to be in them, pointing out that they don't keep any money or own any assets abroad.
Not in their own names they don't, because about a year ago a law had been passed in Russia that no governments officials and members of parliament were allowed to have foreign accounts and own properties abroad.
So a transformation of ownership had taken place and it would be pretty hard to figure out who owns what and where. And in case anyone is wondering how then politicians and the servants of the people generally keep their wealth hidden, be it in Russia or in the West, it's all about trusted people, "fixers," handling it for them.
Yes, yes, don't look surprised, democracy, both regulated and without boundaries, has its own well-tested system. Otherwise why would people go into politics at all?
Getting personal
Privately some Russian officials are saying that all these lists represent a break with the old tradition of not getting personal during a row. "No one called for smart sanctions against specific yanks and Brits when they pulled off that invasion of Iraq," one angry official in Moscow complained to me. "And no one was naming names when the war in Libya went all wrong." Yes, getting personal in politics was always a taboo and this this round boundaries were crossed.
So what now? Well, the noises will continue for a while, getting louder when Crimea joins Russia proper. Mind you, the situation may get more complicated if parts of eastern Ukraine start pushing hard for their on referendums on their future with Russia, like the one in Crimea. That is why it's now a good time for both the West and Russia to start finding the way out of this crisis. For everyone's sake.
Read more: Putin vs. Obama face off over Crimea facts
The views expressed in this commentary are solely those of Alexander Nekrassov.