(CNN) -- When it comes to what she deems the American "obesity crisis," Sarah Varney says, it's easy enough to focus on the raw numbers: Sixty-nine percent of Americans are overweight, according to the Centers for Disease Control and Prevention, and 35.1% of those people are obese. In 2008, medical care costs related to obesity were as high as $147 billion, and an obese person's annual medical bill was $1,429 higher than that of a normal-weight person.
Varney's new book "XL Love: How the Obesity Crisis Is Complicating America's Love Life," out in August, looks at how our increasing girth is weighing on the humans beyond the statistics, particularly the way people relate physically and intimately.
Random online match helps man lose nearly 400 pounds 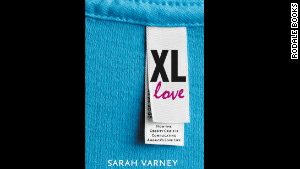 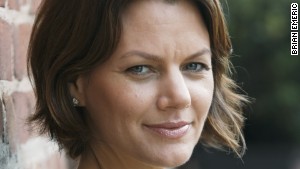 "I certainly don't see the obesity epidemic reversing itself any time soon," Varney said. "We're just beginning to understand how human relationships are being affected."
During her 2½ years of research, Varney found that obesity can have a chilling effect on sexual relationships, from physical barriers to intimacy to attitudinal shifts with weight gain and even loss.
Varney became immersed in the topic as a senior correspondent for Kaiser Health News and a contributor to the NPR series "Living Large," which focuses on how obesity is changing American life.
The book looks at how obesity is altering sexual development, dating, marriage and sexual function; how weight loss can make or break a relationship; and even the lure of plus-size porn.
Varney says it took a lot of work to gain the trust of her subjects, many of whom she met through weight loss counselors. They shared highly personal, and often difficult, stories of love lives dramatically affected by weight.
They're people like Dana Englehardt of the San Francisco Bay Area.
Readers first encounter Englehardt at her heaviest, 265 pounds, strapped to a CPAP machine for sleep apnea and completely indifferent to her husband, Larry's, advances to the point where he had stopped trying.
"I just felt so bad about myself. Even though my husband said, 'I love you the way you are,' I couldn't even begin to imagine that that could be true," Englehardt told CNN.
She said she had a satisfying sex life at 200 pounds, but when she gained 65 more after marriage, later hours at work and unhealthier cooking, "it just pushed me over the edge."
Englehardt pops up later in the book after undergoing bariatric surgery for weight loss and encounters an interesting twist: Weight loss didn't solve her sexual roadblocks; therapy that addressed body image as a whole and marriage counseling did.
"I just thought losing the weight would solve all that. I wouldn't have all these hang-ups," Englehardt said. While the pounds fell off and the clothes got smaller, she says, "I didn't feel like a small person."
Don't miss out on the conversation we're having at CNN Living. Follow us on Twitter and Facebook for the latest stories and tell us what's influencing your life.

As she began to reclaim her energy, confidence and sexual desire via the surgery and counseling, she discovered that the learning curve wasn't just hers to navigate.
"I didn't know that you were interested anymore," Englehardt's husband, Larry, says in the book. "And so I had to basically learn, and I'm still learning, when she's interested and when she's not."
Couple shed 280 pounds and get noticed for the right reasons
"I do think there is this stereotype that (the obese) just shut down, this idea that you go numb and are at war with yourself," Varney said. "But when you go knocking on that door, what you hear are things like, 'I'm incredibly saddened by this. I desperately want to be in a relationship with my husband or my wife. I want to it to feel good when he/she touches me.' "
In a chapter titled "Sex: The Birds and the Bees with Aching Knees," Varney moves from the brain to the body, exploring "bad mechanics" between partners as well as how belly fat can decrease testosterone production in men, potentially leading to sexual issues.
You don't have to be overweight to experience bad sex or a lack of libido, says one advocate for sex at any size.
"The problem with the assumption that fatness 'challenges' relationships in some unique way is that it relies on a mistaken assumption that the exact same kinds of body-image issues do not affect anybody who is not fat," body image activist Hanne Blank said.
Blank has written extensively on sexuality and weight, including books like "Big Big Love: A Sex and Relationships Guide for People of Size (and Those Who Love Them)" and "The Unapologetic Fat Girl's Guide to Exercise and Other Incendiary Acts."
"Orgasm is not a pants size. Fun is not a body fat percentage," Blank said. "There is not a magical BMI number that produces love. End of story."
Do you think obesity can present special sexual challenges? Share your experience in the comments section below.